The Fanohge Coalition, which is comprised of 37 community organizations, was recently formed in the hopes of promoting the issues of CHamoru self-determination and political status change in the 2020 Guam election. It is the hope of the Coalition, that the elected leaders of Guam be knowledgeable about and engage seriously in changing Guam’s political status and pursuing just redress for the CHamoru people. In early August the Fanohge Coalition will be holding two virtual forums, one for those running to be Guam’s non-voting representative to the US Congress and one for the non-incumbent candidates seeking election to I Liheslaturan Guåhan. The tentative dates are as follows:

Both forums will be livestreamed on the Fanohge Coalition’s Facebook page (https://www.facebook.com/fanohgecoalition).

Guam’s single non-voting delegate to the U.S. Congress is the most influential and important person in terms of negotiating and navigating the U.S. federal government.  It is imperative that whoever represents Guam at that level understands critical local issues such as political status change and can communicate the unique nature of Guam’s interests to other members of Congress and the U.S. federal government in general.

As there are many new candidates seeking to serve in I Liheslaturan Guåhan, the coalition hopes to engage with them and help educate them on the issues of political status change and CHamoru self-determination. As a senator in I Liheslaturan Guåhan, they would be influential in sponsoring and passing legislation into law.  It is important that those elected to this position fully understand critical local issues and are able communicate with their constituents.

A future release will contain more details on the format and participants for the forums. For more information please email fanohgecoalition@gmail.com. 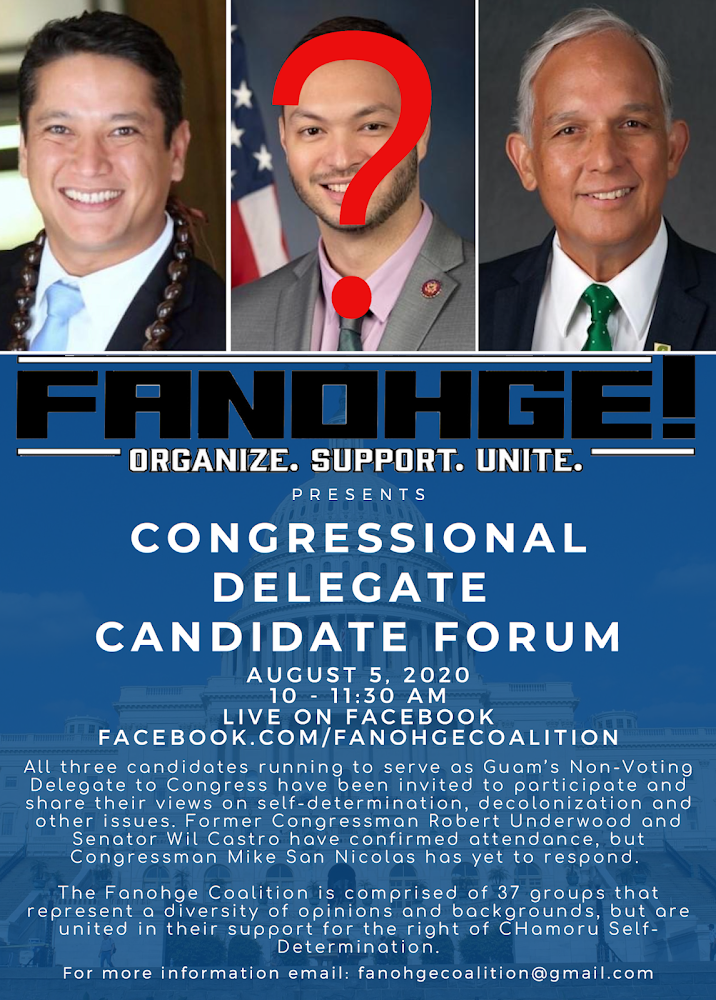 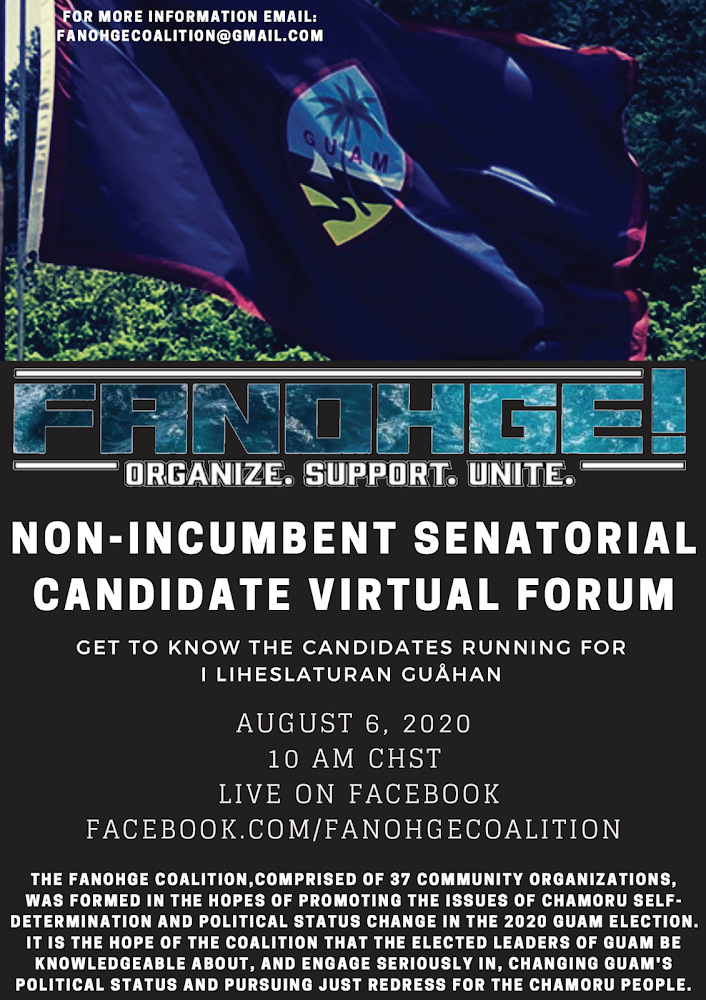