Showing posts from July, 2010
Show all

July 30, 2010
Federal judge blocks key parts of Arizona immigration law The ruling halts implementation of provisions that require police to determine the immigration status of people they stop and suspect of being in the U.S. illegally. An immediate appeal is expected. By Nicholas Riccardi and Anna Gorman Los Angeles Times 5:50 PM PDT, July 28, 2010 A federal judge on Wednesday blocked most of a controversial Arizona immigration law just hours before it was to take effect, handing the Obama administration a win in the first stage of a legal battle expected to end up in the U.S. Supreme Court. U.S. District Court Judge Susan Bolton in Phoenix issued a temporary injunction against parts of the law that would require police to determine the status of people they lawfully stopped and suspected were in the country illegally. Bolton also forbade Arizona from making it a state crime to not carry immigration documents, and struck down two other provisions as an unconstitutional attempt by Arizona to und
Post a Comment
Read more

The Power of Karaoke 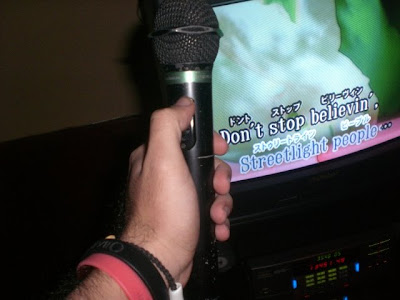 I’m feeling depressed this month. Tinemba yu’ gi este na mes. I spent the last year trying to get a permanent job at UOG and got nothing despite applying for several positions. Right now I’m teaching part time at UOG this month to get by, but come August, I won’t have a full-time job but will still have two kids to support, credit card debt to appease and a mountain of student loan debt that is always mahalang for my salape’. I’m spending the month of July trying to line up some full-time work for decent pay, but haven’t found anything certain yet. This is especially so when I’m watching a movie and some fantastic, but old pop or rock song comes on, and I’m tempted to start singing along with the soundtrack of the movie. I used to do that, but movies have a way of chopping up or rearranging a song to make it fit and so its really really embarrassing when you are the only person in a theater yelling along to a song and it cuts out, but you keep belting it out for a few embarrassing se
Post a Comment
Read more 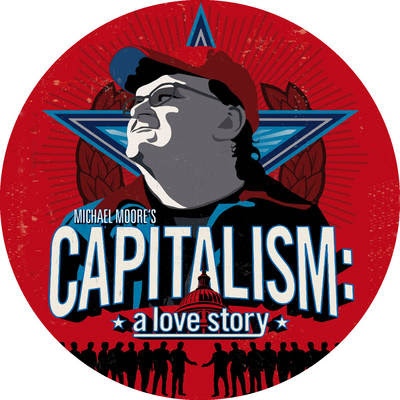 I recently re-watched Capitalism: A Love Story, and saw Elizabeth Warren's parts in the movie, and so since she's popping up on all the US progressive blogs lately, I wanted to post something about her. But first, after watching Michael Moore's latest film again, I saw it in a slightly new light. When I first saw that movie last year I didn't completely grasp how radical what Michael Moore is proposing in that film, how he created a mainstream artifact which didn't only talk about the evils of capitalism (which any film about big corporations as bad guys does), but he also called on something to replace it. And in coming up with his replacement he places under the wholesome signifier of democracy plenty of old and new socialist imagery. Things which you can invoke as the bad guys of action films or straw-men-nations of economist fantasies, but never as something offering much to the world (remember what Francis Fukuyama said, history is over, it ended with the fall
Post a Comment
Read more 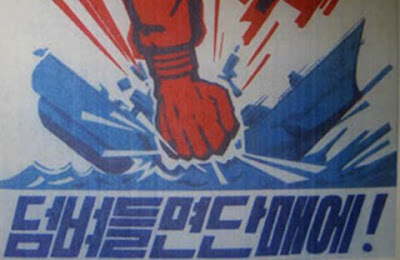 My entire trip last month to South Korea was almost completely overshadowed because of the sinking of the South Korean ship the Cheonan, and the killing of 46 South Korean sailors. The South Korean Government was quick to assume it was North Korea and eventually a report was released confirmed that. The sinking of the ship became something which allowed the government to stall or crackdown on all sorts of activities that they perceived to be weakening the national security of South Korea. The main targets became social democratic and civil society groups, primarily those who have a core precept that the two Koreas should be someday ( puede ha' ti apmam) reunited. For just the week that I was in South Korea, I could see it in the eyes of so many activists, that the sinking, regardless of what the truth behind it was, would be used against them, would be something which Right wing elements could twist into turning the country into a blind nationalistic and militaristic frenzy. I wr
Post a Comment
Read more

A Pakistani Angel Gets Its Wings 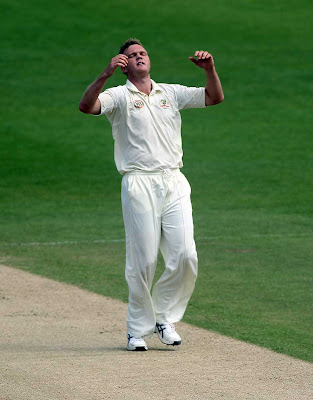 They say that whenever Australia loses a cricket match, an angel gets its wings. Ok, gi minagahet, maybe no one actually says that except for me, but its definitely the sentiment I feel. I just finished the large project that was taking up almost all my time this past week, and so I was taking a break tonight by following some international Test cricket on Cricinfo. I've never been a fan of Australian cricket, and so the past few years, as they have declined (eventually being dominated by India in a tour two years ago), my passion for seeing the sometimes arrogant smirks on their faces turn into woeful frowns has grown. They are currently a Test series against Pakistan, which as most would assume would be completely in Australia's favor. Pakistan cricket still hasn't recovered from the attacks on a visiting Sri Lankan team last year, and so they no longer have any home games and have to play all their matches on their people's grounds or on neutral terrain. Apart fr
1 comment
Read more 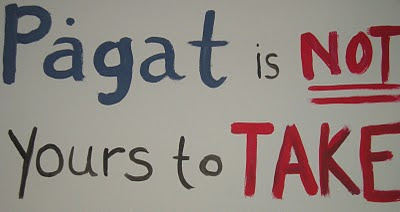 A pe aceful p rotest and demonstration will be taking place today on the backroad to Anderson near the Pagat trail and cave area. It will happen from 3-7 and is being organized by We Are Guahan. For those of you who don't know why this protest is happening , read the articles below. You can also check out some of the recent posts from Drea on Waiting on Wonderland . The images in this post were painted by her for today's protest. From her post " Liberate Pagat :" Today is the day we celebrate Guam's liberation from the Japanese. As a child, my grandmother would have our mothers get all of us together. We'd go to the parade and watch as all the amazing floats rolled by. The floats are always really amazing. It was so much fun for us kids, but for my Grandma it was deeper than just candy, music, and floats. When she was our age they weren't marching in parades. The marching they did was different. My grandma is gone now, but I still respect today as her
2 comments
Read more

The Gap Between Delays and Done Deals 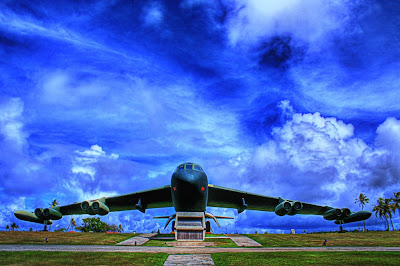 I love to hear people talk about how massive and overwhelming ( yan kalang taichi ) the planned US military buildup to Guam is. And I love how in that discussion of immensity, they are trying to say that the huge tidal wave of bodies, hardware, speculative spending, carpetbagging and tip of the spear sharpening, it is all a good thing! The only other thing which is that figuratively massive and supposed to be a good thing is the rapture. The gap between the object of which you are attempting to describe or argue about and the reality that you are trying to staple to that object don't fit very well. Ti uminos pat ti umaya, there is a clear gap, and not just any gap, but one which yawns a chilling contradiction whenever you try harder to close it or cover over it. Several months ago, Guam lived in a similar sort of gap, when the DEIS or Draft Environmental Impact Statement for the buildup was released. The military and its PR arm for the buildup, JGPO made great pains to ensure th
1 comment
Read more
More posts