Critiquing the Military Buildup of Guam 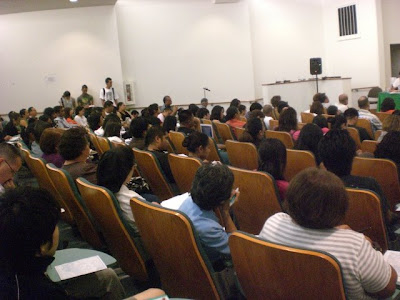 Last Thursday night, I was speaking on a panel at the University of Guam Lecture Hall, as part of a public forum/discussion on the planned military buildup for Guam. I'll be writing more about my thoughts on it later, because there is plenty to consider. I got to listen to and talk to some members of the Government of Guam Civilian Military Task Force, which is in charge of "preparing" Guam to deal with the typhoon of military presence that it will soon be forced to endure. Also, there is the fact that hundreds of people came to attend the forum, and students were even standing lined up along the hall's sides and sitting on the floor.

Here's two article from the Marianas Variety and the Pacific Daily News that covered the event. The PDN article in particular is interesting, since it almost completely ignores the spirit of my comments (which could be considered to be controversial, were viciously anti-colonial and pushing for the island's declonization, but were definitely not wrong or inaccurate), and instead focused on whatever I said which could be twisted in some way to seem "pro-military buildup" and "anti-GovGuam."

More on that later, here's the articles and some pictures from the forum: 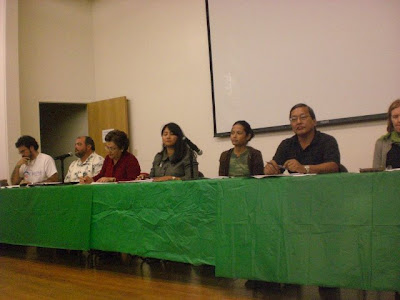 THE forum called “A Critique of the Military Buildup on Guahan” held last night at the University of Guam College of Liberal Arts and Social Sciences Lecture Hall drew hundreds of participants who were seeking to know how Guam has been dealing with the preparation for the federal government’s Marines relocation plan.

Students and other members of the community filled the hall to hear statements made by an eight-member panel comprised in equal parts of representatives of community organizations and the Civilian-Military Taskforce under the Office of the Governor.

The CMTF provided presentations on the impact of the buildup on the island’s economy, infrastructure, public safety and environmental. 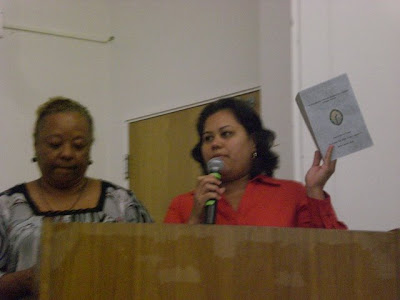 Several panelists and members of the audience expressed concern and frustration over the lack of input from the local community.

“I unequivocally object to the unilateral and arbitrary U.S. policy to hypermilitarize our home,” said Hope Cristobal, former Senator and founder of the Guam Decolonization Commission.

“The federal government never consulted the people of Guam as to the impact such a move would cause before a deal was made with the foreign Japanese government and that the U.S. military officials will not accommodate Guam’s needs in the already concluded bilateral agreement,” she added.

Chris Duenas, chairman of the CMTF public safety task force, said his committee has been working to improve the safety of Guam residents in years to come as the buildup begins to materialize. 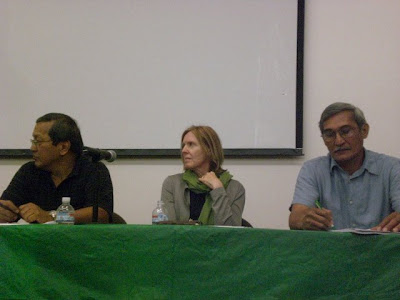 He said there are some pre-construction concerns that the CMTF is working to address, such as port capacity and security and tightened customs security to handle the influx of traffic Guam is set to see in coming years.

In addition to increased port and customs security, Duenas said the Office of the Governor has requested $236 million in additional funding from the federal government for fiscal year 2010.

Of the requested amount, $14 million has already been earmarked for the Guam Police Department for recruitment of 60 new police officers.

He said another goal is to develop “fusion centers” to bring local and federal officials together to facilitate cooperation and coherency in government.

An open forum followed after the panels’ presentations. 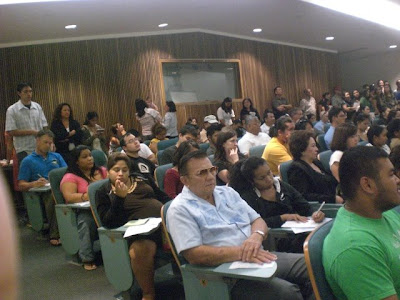 “If the military buildup is so great, how come Okinawa wants them out?” Fanai Castro of the Guahan Indigenous Collective asked, rhetorically.

John Benavente, Consolidated Commission on Utilities general manager and chairman of the CMTF committee on infrastructure, encouraged the students to take jobs in the environmental field, saying environmental workers on Guam now are overburdened.

Panelist Michael Lujan Bevacqua of Famoksaiyan said every resident of Guam—regardless of their position on the buildup—needs to realize that the buildup will affect them personally. He encouraged residents to take a more proactive roll in the course of their and Guam’s future. 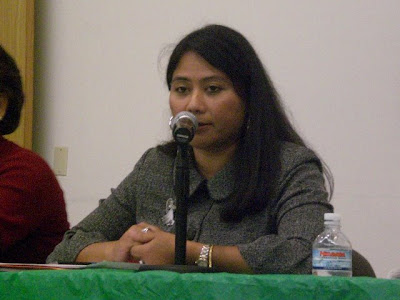 “It is also taking place because we are one of the few American communities where a unilateral announcement by the DOD that it intends to drastically affect life in your community and cause a population increase of 34 percent is met with excitement, celebration and a frightening lack of questioning,” he added.

Whether one supports or opposes the troops buildup, Bevacqua said everyone “should care about the fact that you are a colony and this military buildup is predicated on the fact that you live in a colony and you can be treated as an object for the subject of the united states, as a weapon of the warrior of the United States military.”

“This is the United States military sharpening the tip of its spear,” he said. 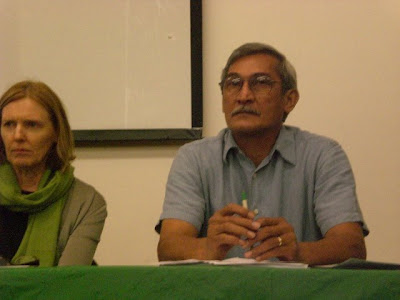 Sitting and standing room was scarce at the University of Guam's Class Lecture Hall as students and residents gathered to discuss the military buildup.

Panelists for the event consisted of members of the Civilian Military Task Force and two community action groups -- Guahan Indigenous Collective and Famoksaiyan -- who presented their views on the upcoming military buildup of troops, personnel and civilian contractors on the island. The event was hosted by UOG's College of Liberal Arts and Sanctuary Inc.

Presentations were limited to seven minutes initially, followed by three minute closing remarks and a question and answer session made up of inquiries from the audience.

John Benavente, general manager of Consolidated Utilities, discussed his views on the buildup in terms of infrastructure, in light of a projected surge in Guam's population. 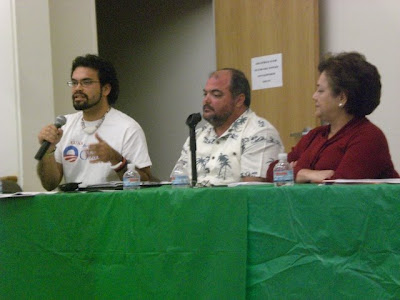 "Our goal in this buildup is not only to meet this demand, but to improve services, as well," he said.

Benavente said with a 30-year-old Guam Waterworks Authority the days of utilities being unable to provide services must come to an end, advocating hand-in-hand collaboration with the military. He said the island is too small for multiple power, water and solid waste systems.

UOG economics professor Roseanne Jones said Guam looks to experience a "restructuring" from a tourism-based economy to one that relies more on military contributions.

She recommended the island continue to develop tourism revenues, as well as a possible "third leg" to strengthen the economy, avoiding economic dependence on too few sources.

Buildup 'partner'
Michael Lujan Bevacqua of the group Famoksaiyan encouraged attendants -- many of them university students -- to challenge island leaders in ensuring that Guam receives a benefit from the military buildup. 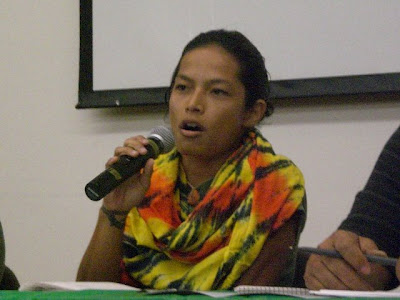 "If their assumption is that you're all just happy to get jobs, they will just go along with it and do what is easiest."

He called upon those in the audience to envision a situation in which Guam was a "partner' in the buildup -- if island officials were asked before plans were made -- which he said was certainly not the case.

"What are we trading off for our (economy)?" Fanai Castro of the Guahan Indigenous Collective asked. "Will it teach our children to survive when it's gone?"

Kel Muna said…
mike - it's kel. can you tell me where we can purchase more sumahi books? we want to give some as gifts for christmas.

Michael Lujan Bevacqua said…
Hafa Adai Kel, I sent you an email at the email on your blog. It has my contact info in it. I can meet up with you either today or tomorrow and get you some books (I'll be leaving island for a few weeks Wednesday morning). Si Yu'us Ma'ase for your support.
December 01, 2008 10:40 AM 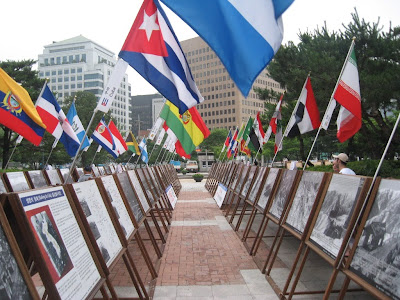