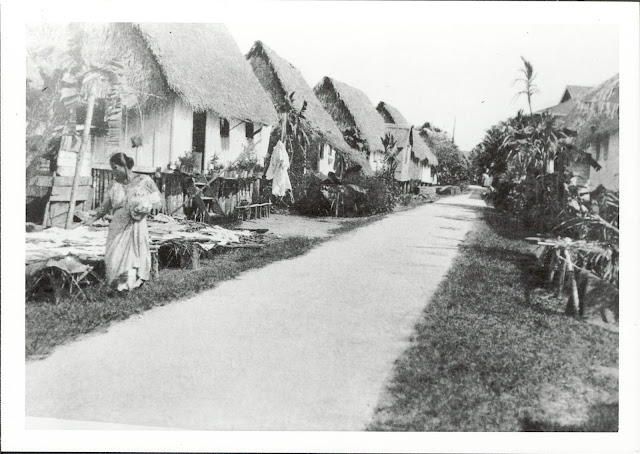 Every week I get at least one request for an interview, several requests each week for information related to Guam history or the Chamoru language. Sometimes the requests can become a bit much, as I'm not able to get back to everyone. And sometimes I've responded to people close to a year later (ai lokkue'). But if I had more time I would respond to everyone I could, since the knowledge that I have or have access to, is useless unless there are ways it can get out to others.

After I gave a guest lecture in an English rhetoric class last year, one of the students contacted me asking for some help on understanding Hagåtña and its contemporary and historical place in Guam. I appreciated her wanting to know more about a village that most everyone takes for granted nowadays on Guam. So I wrote up responses to her 8 questions. Here they are below.

1. What makes Hagatna unique from other villages?

What makes Hagåtña unique is that because it was elevated to the status of capitol by the Spanish, it has seen the most impact in terms of colonization over the past few centuries. Under the Spanish, the Japanese and the early American colonies period, the colonizers were always concentrated in Hagåtña, and often times left alone the rest of the villages. Because of this, we have lots of accounts of what was happening in Hagåtña over the years and also lots of records and historic sites.

2. What are some significances of Hagatna?

It is the center of the island’s government and society. The center of the Catholic Church can be found there. So can the offices of the Governor and the Legislature. The local government has sought to capitalize on the historic nature of Hagåtña and it being the center of political and social activity to put things such as the Chamorro Village and the Guam Museum there.

3. If you could compare the past life in Hagatna to the present, how would you describe it? What would be the main difference?

The biggest shift from 100 years is that hardly anyone lives in Hagåtña today. Prior to World War II, the majority of the island live in that village. During the war, Chamorus fled the village to escape the Japanese and the Americans destroyed almost every structure in their bombing prior to reinvasion. Even after the war was over, the US military took all the land in the village and bulldozed everything into the ocean creating what is today known as Paseo. Even something as simple as few people living in the village today has a complicated history.

San Vitores, the priest who is responsible for bringing Catholicism holds the largest role. When he came to Guam in 1668, the Spanish landed in Hagåtña and they made it their home base, thus elevating it to the capitol of the island. But we don’t know if Hagåtña was actually the central and most important village on the island at the time. Tumon was also quite large, and there were large village complexes on Orote peninsular and at Fena. With the precedent that San Vitores set, the Spanish administration followed and later the Americans up until today. If San Vitores had chosen another village, we might have a different history for the island.

5. To you, what is the most important place to visit in Hagatna?

Angel Santos Memorial Latte Stone Park, it has so many layers of history there. Ancient history, to Spanish, to World War II, to recent community activism. It is a great place to talk about all those multiple elements.

6. What do you think is the most popular place to visit in Hagatna?

Definitely the Chamorro Village, especially the Wednesday night market. A close second would be the recently opened Guam Museum.

It is the central seat of political and formerly cultural/religious power. It continues that position today, although it is empty in some ways, since few people reside there. People come to Hagåtña for certain things related to culture, religion and politics, but their lives are situated elsewhere.

8. Fun Fact about Hagatna that you have always found interesting

Many people assume that the patron saint of Hagåtña is Santa Maria Kamalen since her procession each December is pretty large and she is a very popular saint. In truth the patron saint, as very few people know, is Ignatius de Loyola. He was made the saint since he was the founder of the Jesuit order, to which San Vitores belonged. But because of how important female figures are to Chamoru culture, Chamorus never really embraced him and in the 19th century started celebrating Santa Maria Kamalen instead. It is a powerful symbol of how despite Spanish attempts to suppress the matrilineal part of Chamoru culture, it nonetheless persists in certain ways.
Anghet Fina'katoliko Guma' Hagatna Kamalen Katoliko Latte Maga'haga Mainterview San Vitores Songsong Chamorro Tiempon Chapones Tiempon Espanot