May 05, 2019
This is a list of items that Independent Guåhan made a few months back following the federal ban on cockfighting in the US territories. That was a very interesting time for IG and for me, since a certain part of the Guam/Chamoru community suddenly became hyper-engaged on issues of political status.

For me personally, what made it interesting is that for a few weeks, everywhere I went I would end up having cockfighters talk to me and ask me questions about what can be done and what's going on. One of these days I'll write more about my reflections on that time, but for now, here is the call to action items we created.

What Can WE Do About the Cockfighting Ban NOW?

1. Cockfighting is Culture! It is important that we continue to defend and practice our culture in the present. Cockfighting is one of those traditions, and it is imperative that we defend our heritage.

2. Call Your Elected Leaders! Finding and influencing elected leaders who are willing to support cockfighting culture is key to defending our rights. Call your village mayor, senators, and Maga’håga and ask to sit down with them about your concerns. Remember, even if some officials do not support cockfighting in general, it is likely that they support lessening federal control, which is the main issue at hand.

3. Get Organized! “Metgotña hit ki ta hasso! (We are stronger than we think!)” These were the words of Maga’låhi Hurao on the cusp of war when he rallied together our people to resist our oppressors. Hurao had the knowledge and foresight to know that our strength comes from our collective efforts.

Cockfighters, as a community, must have a unified voice against the federal ban if we are to succeed.

Coming together as a unified collective will give the movement a stronger voice in the eyes of the public (the media, public hearings, etc.) and will increase the likelihood that others in our community will gravitate toward the issue.

4. The Cockfighting Issue is a Sovereignty Issue! Remember, the ban on our ability to cockfight is only the latest instance of a much larger problem—the denial of the sovereignty of the People of Guåhan by the Federal Government. When talking to people in our community (friends and family members; the media, or our elected leaders) remember that there are many people on Guam who may not know much about cockfighting, but likely feel this oppression in a similar way.

Be open-minded and inclusive in your discussions, while returning to the fact that what is really at stake is our right to determine our best interests for ourselves!

5. Protest! Resist! Lobby!The media and elected officials are waiting for the hype to die down—don’t let it. Instead, keep engaging the public and the people voted into office with consistency and durability. 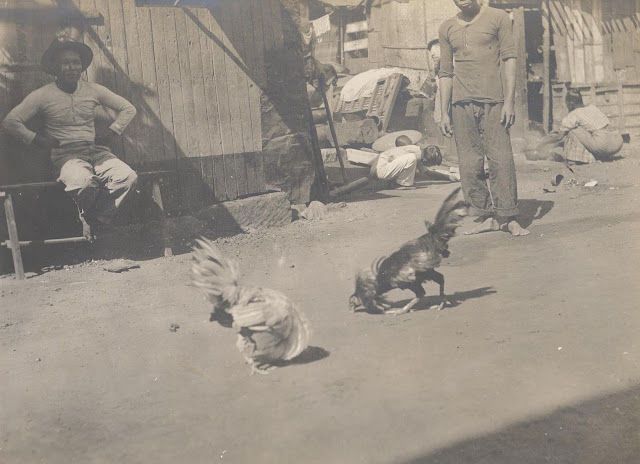